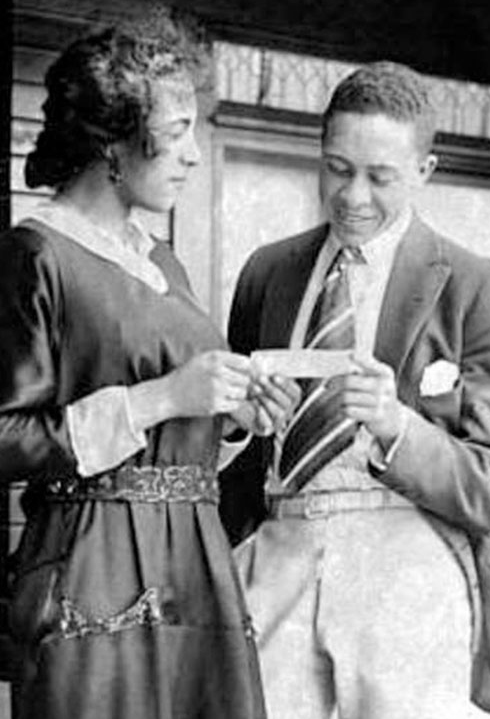 The first feature film by the Johnson Brothers emphasized black ambition and uplift.

The downfall of The Birth of a Race marked a lost opportunity for achievement in black film, yet it inspired other black filmmakers. Even before the film had been completed, the noted black actor Noble M. Johnson, with the support of his brother George Perry Johnson, formed his own race film company, Lincoln Motion Pictures, which was based in Los Angeles and incorporated in 1916. Cognizant of the reasons for the failures and the frustrations of the African Americans originally involved in The Birth of a Race project, Johnson determined to produce race films designed to speak to black audiences unmediated by Hollywood stereotypes. Lincoln’s first release was The Realization of a Negro’s Ambition (1916), a two-reel feature film that starred Johnson and featured black actors Clarence Brooks (one of the company’s founders), Dudley Brooks, Beulah Hall, and Lottie Boles, all of whom played nonstereotyped, middle-class roles. 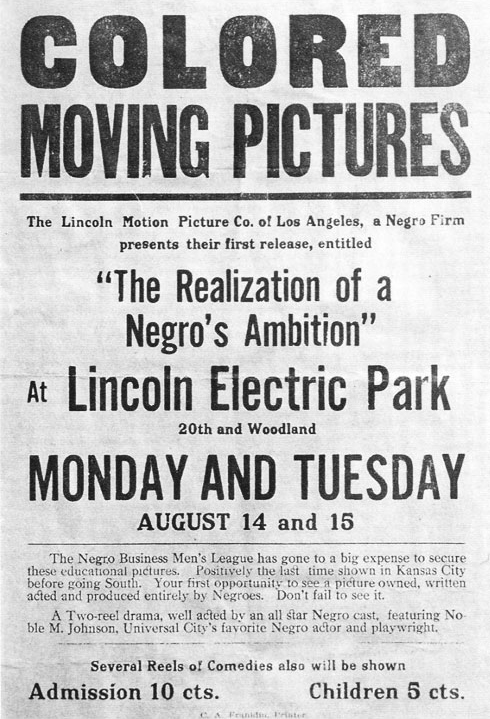 In the film, which was a black recasting of the Horatio Alger story, a young Negro civil engineering graduate of Tuskegee Institute named James Burton leaves his parents’ farm and his sweetheart Mary Hayden to seek his fortune in the West. After being rejected for a job at an oil field in California because of his race, he rescues the owner’s daughter and is offered employment as the head of an exploration team. Eventually he realizes that the same kind of geological conditions that he is studying exist on his father’s farm. With a subsidy from the owner, he returns home and starts drilling for oil. Meanwhile, Doris and George Babbit, the children of wealthy gentleman Sam Babbit, who owns land adjacent to the Burton farm, try to discredit Mary. But James, who strikes oil and becomes rich, proposes to Mary anyway; and together they realize all of their ambitions: family, friends, and home. Significantly, as Jane Gaines[1] notes, given the means and opportunity, James goes “directly back to his ‘own people,’ a recurring narrative device in race movies, which restrict action to an all-black world within which everything is won or lost—a circumscribed miniature of the white world.” 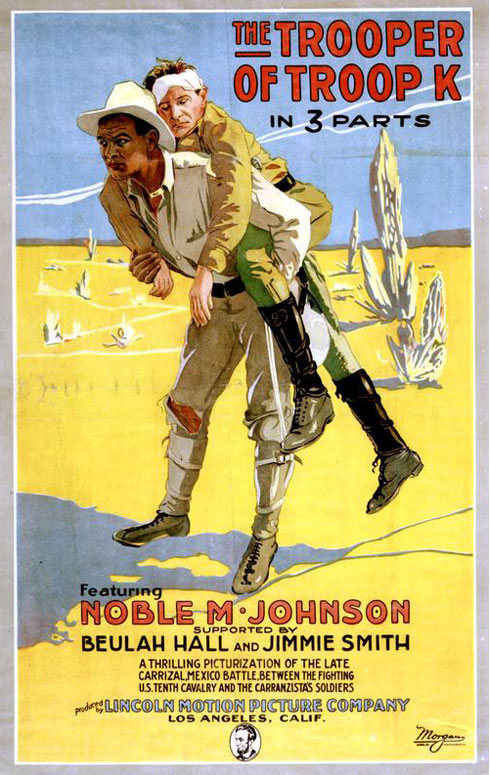 “Shiftless Joe” distinguishes himself by his bravery in the Battle of Carrizal.

The Realization of a Negro’s Ambition, well received by race audiences, was “the first successful classy Negro feature film produced without burlesque comedy”[2]; and it set the standard for Lincoln’s future films. A black reviewer described it as a reflection of “the business and social life of the Negro as it really is and not as our jealous contemporaries would have us appear”[3]. Shown in churches and schools as well as in movie houses, the picture created great demand for a new Lincoln feature, which the company met with Trooper of Troop K (1916), also known as Trooper of Company K, a fictional story about the massacre of the Negro troops of the “famous fighting Tenth Cavalry” during the battle of Carrizal in Mexico. Starring Noble Johnson as “Shiftless Joe,” a goodhearted but careless fellow who eventually proves his heroism, Beulah Hall as Clara Holmes, the young woman who takes an interest in his welfare, and Jimmy Smith as Jimmy Warner, who competes with Joe for Clara’s affection, the film was another story of racial achievement: through Clara’s faith in him, Joe improves himself and becomes a good race man.
In fact, as Jane Gaines writes[4], the implication is that every “Shiftless Joe” can be reformed and can better himself personally and socially, particularly if he adopts the values of the black middle class. The film played to capacity houses from Chicago to the West Coast. And in 1917, after both films were shown at the Tuskegee Institute, the Tuskegee Student raved that “such pictures as these are not only elevating and inspiring in themselves, but they are also calculated to instill principles of race pride and loyalty in the minds of colored people”[5].

Another Lincoln film, The Law of Nature (1917), soon followed. In that film, which again starred Noble Johnson and included Albertine Pickens, Clarence Brooks, Estelle Everett, Stebeno Clements, Frank White, Elsworth Saunders, and Sallie Richardson in the cast, a woman leaves her rancher husband and children to revisit the glamorous East of her former days; but she soon finds herself humiliated, alone, and ill. Realizing her folly and the inevitable consequences of her violation of “Nature’s Law,” she returns west to rejoin her family. Like the company’s earlier productions, The Law of Nature proved to be “a fine story,” “an artistic and well portrayed success,” and a “good box-office attraction”[6]. An ad for the Omaha run described it as a “classy” and uplifting picture with “a wholesome moral”[7]. The manager of the Palace, a black-owned, black-managed theater in Louisville, Kentucky, wrote to George Johnson that The Law of Nature “took on like wild fire.” Even the white-owned, white-managed Alamo Theater in Washington, D.C., listed the film as the “biggest drawing card” of all of Lincoln’s productions[8].

Lincoln’s fortunes changed, however, with the resignation of Noble Johnson in 1918. The Universal Picture Company of Hollywood, which employed Johnson as a featured player, had exerted pressure on him to step down from his responsibilities at Lincoln. In fact, it was a condition of Johnson’s contract with Universal that he sever his ties with the company he founded and that Lincoln be prohibited from using Johnson’s name or likeness in new advertising; similarly, Lincoln could not utilize existing advertising in new ways, including “any part of the negative or positive films, slides, stills, plates, cuts, heralds, or lithographs”[9]. The minutes of the September 3 company meeting recorded that Johnson tendered his resignation because he could no longer devote the necessary attention to company business and indeed requested, as Universal insisted, that the company no longer use his name in association with new productions or products[10]. Such a repressive and cutthroat demand was no doubt precipitated by Johnson’s immense popularity as an actor: the multi-talented Johnson, who had appeared in more than thirty films between 1915 and 1918, was such a box-office draw in the black community that black audiences would readily turn out for the white studio pictures in which he was featured. Ironically, therefore, Johnson’s very popularity spelled doom for his own fledgling black company, which Universal perceived as potentially serious competition for their productions[11]. 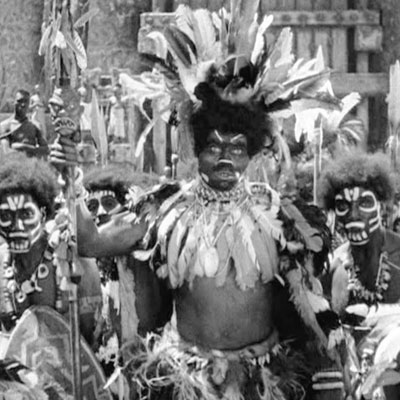 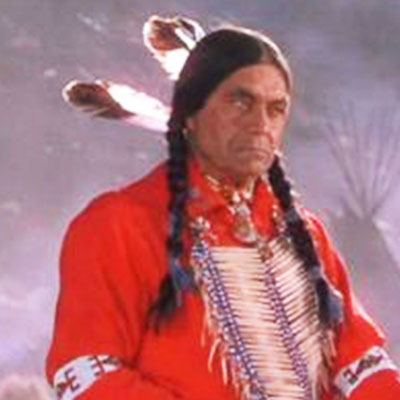 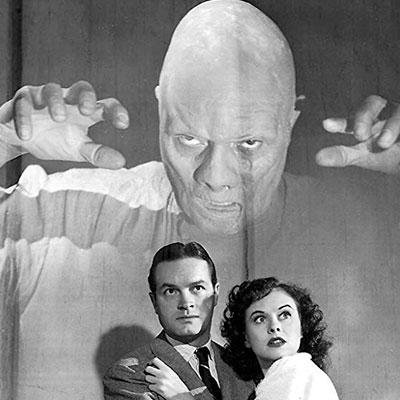 In Hollywood, Noble Johnson assumed a variety of character actor roles. He even appeared in horror movies such as The Ghost Breakers (far right), in which he played the zombie. 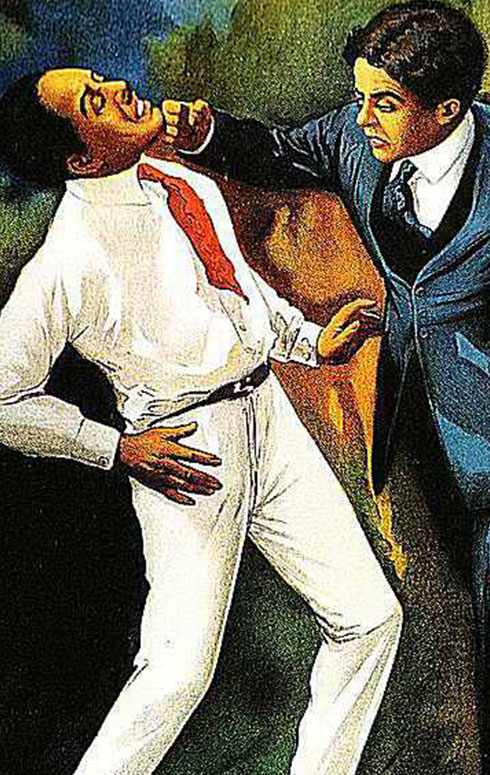 Noble Johnson went on to play scores of character parts in Hollywood films. He co-starred in such Universal films as The Lure of the Circus (1919) and The Adventures of Robinson Crusoe (1922) as well as in the popular serial The Bull’s Eye (1918). In later years, after the advent of sound films and until 1950, he appeared in about 150 productions[12].

After Noble Johnson’s departure, the company turned for leadership to his brother, former newspaper and real-estate man George P. Johnson. George accepted the position of Lincoln’s General Booking Manager but insisted that he be allowed to work from Omaha, Nebraska, so that he could keep his job as the first Negro clerk in the U.S. Post Office. George soon forged a number of strong alliances for Lincoln, most notably with Tony Langston, the influential theatrical editor of the Chicago Defender, which publicized the company’s films, and Romeo Daugherty, an editor at the New York Amsterdam News; opened several branch offices; employed advance men to promote Lincoln’s features at smaller theaters; and, perhaps most importantly, established the first black-operated national booking organization to increase and facilitate the distribution of its race films[13].

During George’s tenure, the company released A Man’s Duty (1919), a story of conflict between a man’s moral obligation and his newfound happiness, with Clarence Brooks in the lead role that was originally meant to be Noble Johnson’s, and By Right of Birth (1921), another picture of race achievement in which slavery is reversed and negated by a legacy of wealth for succeeding generations, with Clarence Brooks and Anita Thompson starring in a screenplay written by George Johnson himself. (Interestingly, in an early example of a movie tie-in, with the help of Robert L. Vann, the publisher of the Pittsburgh Courier, Johnson published a novelization of A Man’s Duty in Vann’s magazine, The Competitor[14].) Plans for a new production, The Heart of a Negro, featuring Clarence Brooks, Edna Morton, and Lawrence Chenault, were announced in 1923; but the film was never produced.