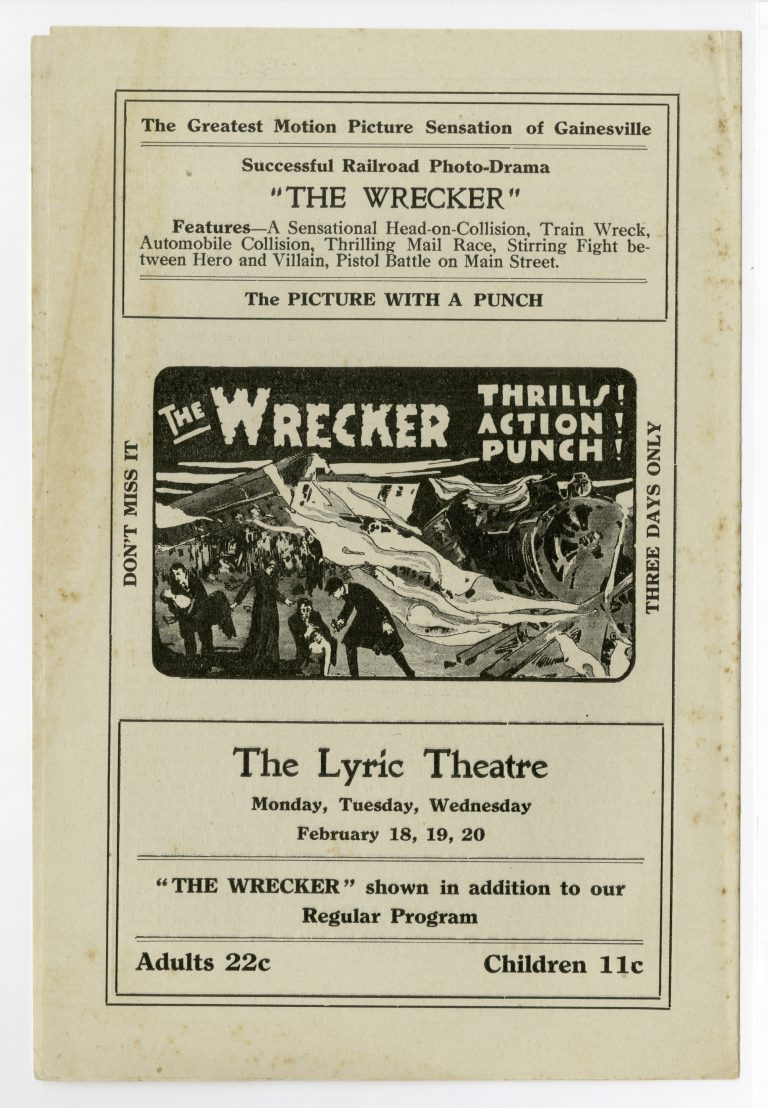 Silent filmmaker Richard E. Norman first met with financial success in the movie making business in the late 1910s with a series of productions of the same screenplay – The Wrecker. Sometimes billed as The Green Eyed Monster or The Man at the Throttle, the film centered on a love triangle that formed in the midst of a fierce battle between two train companies for a lucrative mail contract.

Norman had acquired footage of a train wreck and traveled to multiple towns throughout the Midwest and in Florida. In each stop, he would ride around town with huge signs announcing that plans to make a film and inviting locals to audition. In every town, big-screen hopefuls would turn out in droves. Of course, a few of the principal roles were reserved for bigwigs in the town, including the banker, the mayor and the mayor’s daughter, who invariably would be cast as the beautiful heroine – even if she wasn’t particularly pretty.

Norman made at least 40 of these films, featuring white casts. Once completed, he’d show the film in local theatres, which typically charged 15 cents for main floor seating, a dime for a balcony seat. The Wrecker invariably proved to be the main event in each town, and a financial success for Norman.

Productions of The Wrecker ran from 1916 to 1919. By then, Norman was living in Chicago, which boasted a vibrant and active African American arts and film community. Encouraged by the success of The Wrecker, and intrigued with the emerging “race films” featuring all African-American casts, Norman expanded the script and produced the better known black-cast feature film version of The Green Eyed Monster in 1919 in Jacksonville. This was the first of the string of African American films for which Mr. Norman is famous.

In late 2013, a television crew with PBS’ Antiques Roadshow spent several days at the Norman Studios property in Jacksonville, FL, producing a segment about The Wrecker. The segment, which aired in 2014, was designed to encourage towns where these films were produced to dig into their archives for still photos, props, newspaper articles and other artifacts from the film. We’re continuing this search in hopes of ultimately turning up a copy of the actual film. Fingers crossed!

Oh, and here’s a romantic bit of trivia. It was in an Illinois production of The Wrecker that a beautiful and vivacious redhead won the role of a bridesmaid – and her handsome young director’s heart. Soon after, Gloria Des Jardins became a real-life bride to Richard Norman.