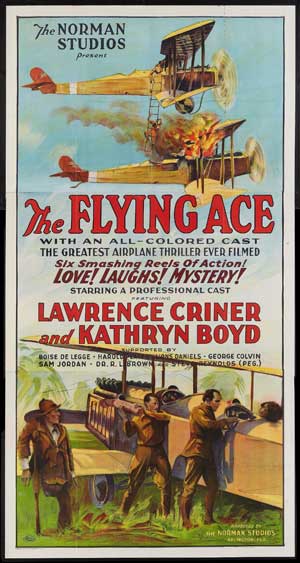 Filmed at the site of the Norman Studios property in Jacksonville, Florida’s historic Old Arlington neighborhood, and in Mayport, a nearby fishing village, The Flying Ace stars Laurence Criner as Capt. Billy Stokes, a World War I pilot who returns home and resumes his former job as a railroad detective; and Kathryn Boyd as Ruth Sawtelle, the beautiful daughter of the railroad station master. Having valiantly served his country in war and returning a hero, Stokes must again prove the hero by solving the mystery of a missing payroll agent and a satchel holding $25,000 and saving Ruth’s life in a fiery air drama.

Though billed as “the greatest airplane thriller ever filmed,” the dueling planes in The Flying Ace actually were just a single plane shot from different angles. Among the top crowd-pleasing scenes was one in which the villain’s plane, with the kidnapped heroine in the back seat, flips upside down. Well, not really. Filmmaker Richard Norman simply flipped the camera upside down to simulate the stunt. Truth be told, the plane never left the ground.

The Flying Ace was inspired by Bessie Coleman, America’s first black female licensed pilot, with whom filmmaker Richard Norman had discussed making an aviation movie. Unfortunately, Coleman was killed in an April 1926 plane crash while practicing for an air show at Jacksonville’s Paxon Airfield, now the Paxon School for Advanced Studies. Norman based the character of Ruth Sawtelle on Coleman, produced and released the film later that year. According to World War II historians, many of the young boys who would grow up to become the Tuskegee Airmen were inspired to fly by seeing The Flying Ace. 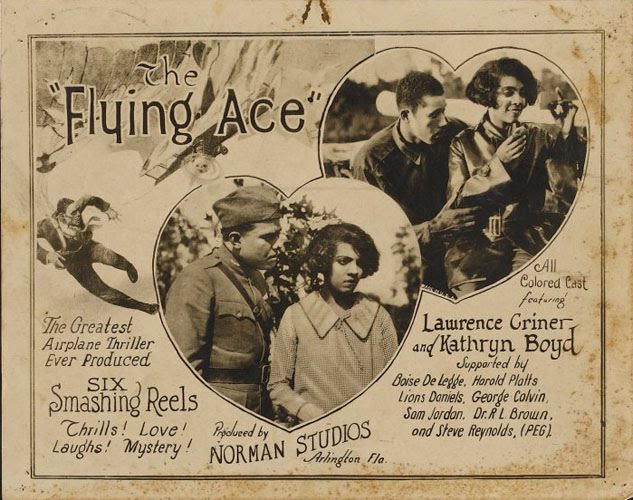