Everyone loves going to the movies. Norman Studios  offers a few silent gems you won’t see at your local theater:

Hollywood East: Florida’s Silent Film Legacy, 2010 ~ This half-hour documentary was produced by filmmakers Nadia Ramoutar and Steph Borlkund with help from film students at the Art Institute of Jacksonville. Learn how the top motion picture producers of the day came to reside in Northeast Florida and why they left for the East Coast. Here in Jacksonville, it boils down to a bar scene-gone-wild, a mayoral candidate with an agenda, a fiercely protective patent owner whose name you definitely know!

The Flying Ace, 1926 ~ A veteran World War I fighter pilot returns home a war hero and immediately regains his former job as a railroad company detective. His first case: recover a stolen satchel filled with $25,000 of company payroll, locate a missing employee, and capture a gang of railroad thieves. The Flying Ace is the only known surviving feature length film produced by Richard Norman. It was inspired by Bessie Coleman, the first African American female pilot, and in turn inspired many of the young boys who would grow up to become the Tuskegee Airmen. Run time 65 minutes.

A Fool There Was, 1915 ~ John Schuyler, happily married Wall Street lawyer, is appointed as special diplomatic representative to England. By an unhappy accident, his wife and child can’t come along; but on the ship with him is “The Vampire,” a beautiful but notorious woman who lives off a succession of men she has seduced and ruined. Slighted by Mrs. Schuyler, she has set her sights on the husband. Two months later, we find the Fool languishing with the mistress who has him enmeshed in her toils. Will he return to his loving family, or follow the others to the depths of degradation? A Fool There Was stars Theda Bara and was shot in St. Augustine, Florida. Run time 67 minutes.

A Florida Enchantment, 1914 ~A young woman discovers a seed that can make women act like men and men act like women. She decides to take one, then slips one to her maid and another to her fiancé. The fun begins.  This fantasy gender-bending comedy of role reversals was shot entirely in St. Augustine, Florida. Considered quite tame by today’s standards, it proved highly controversial as one of the first films with material suggestive of cross dressing and homosexuality. Run time 63 minutes.

Within Our Gates, 1920 ~ Abandoned by her fiancé, an educated negro woman with a shocking past dedicates herself to helping a near bankrupt school for impoverished negro youths. One of the earliest films by Oscar Micheaux, regarded as the father of African American filmmaking, Within Our Gates  portrays the contemporary racial situation in the United States during the early twentieth century, the years of Jim Crow, the revival of the Ku Klux Klan, the Great Migration of blacks to cities of the North and Midwest, and the emergence of the “New Negro”. Run time 79 minutes.

Birth of a Nation, 1915 ~ Two brothers, Phil and Ted Stoneman, visit their friends in Piedmont, South Carolina: the family Cameron. This friendship is affected by the Civil War, as the Stonemans and the Camerons must join up opposite armies. The consequences of the War in their lives are shown in connection to major historical events, like the development of the Civil War itself, Lincoln’s assassination, and the birth of the Ku Klux Klan. Origninally titled The Klansmen and starring Lilian Gish, D.W. Griffith’s Birth of a Nation was a commercial success, but also highly controversial because of its portrayal of African-American men (played by white actors in blackface) as unintelligent and sexually aggressive towards white women, and the portrayal of the KKK as a heroic force. In fact, the film subsequently was used as a KKK recruiting tool. The National Association for the Advancement of Colored People (NAACP) tried unsuccessfully to get the film banned from theaters. So great was the outcry of racism that Griffith produced Intolerance the next year.

Contact the Norman Studios for fees and technical requirements for screenings of any of these films. 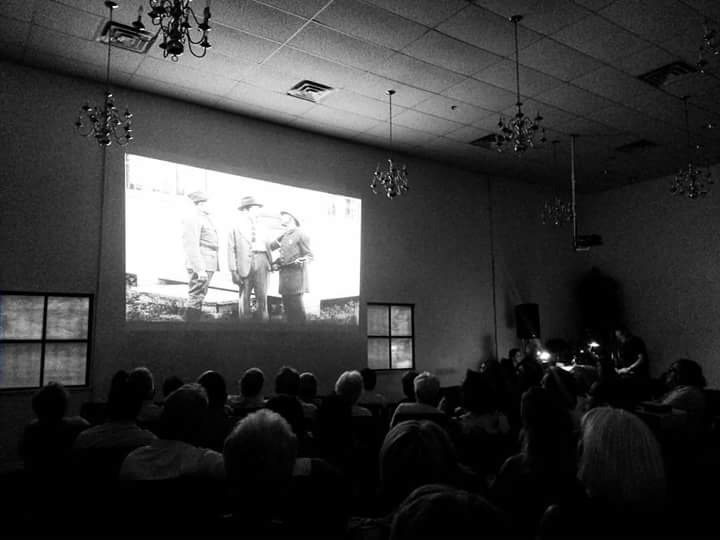