Perhaps inspired by the challenges and successes of his filmmaking contemporary and friendly competitor, Oscar Micheaux, and the handful of other race filmmakers of the time, Richard Norman began producing moving pictures starring all African American casts in 1919, beginning with the full-length feature, The Green Eyed Monster, and a comedic short, The Love Bug.

“My father was disheartened about the state of race relations at the time, both in real life and in the movies,” says retired Air Force Captain, Richard Norman, the filmmaker’s son. “And he saw an untapped market. So, he set out to help give the black community a stronger place on film, behind the cameras and in the theatres.”

“They came from every walk of life. The oil king rubbed elbows with the lesser lights from the bottoms and the American with the Jap, the chink and the Greek,” Henderson wrote. “We went. And behold! We saw The Green Eyed Monster. I wonder if you know that they are showing that picture in white houses.”

Norman’s successes also drew interest from some of the top black actors of the day. Among them was, Anita Bush, known as “The Mother of Drama in New York Among Colored People” – an apt description considering that the company she founded, the Lafayette Players, launched the careers of many of successful black actors. 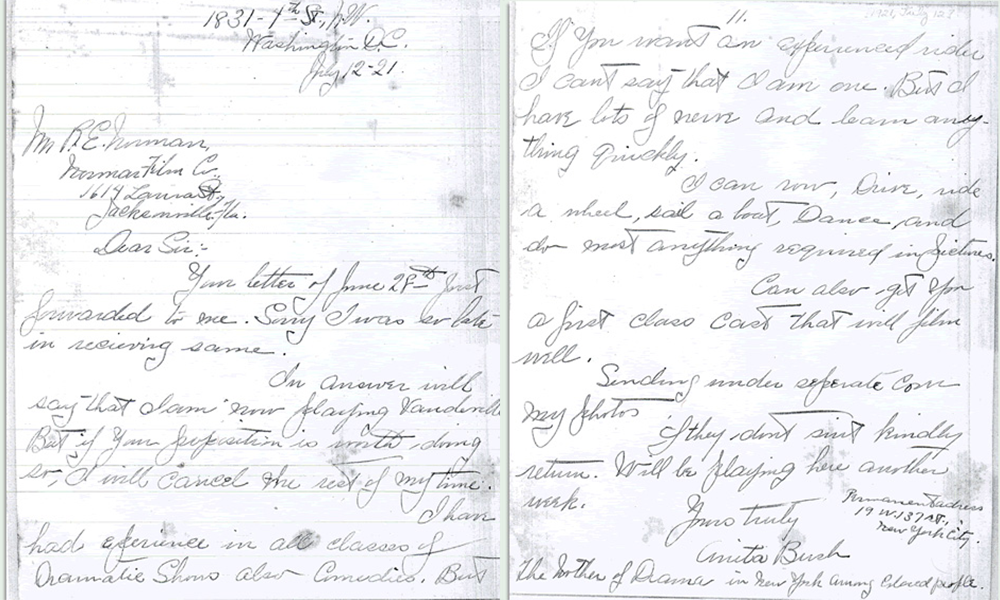