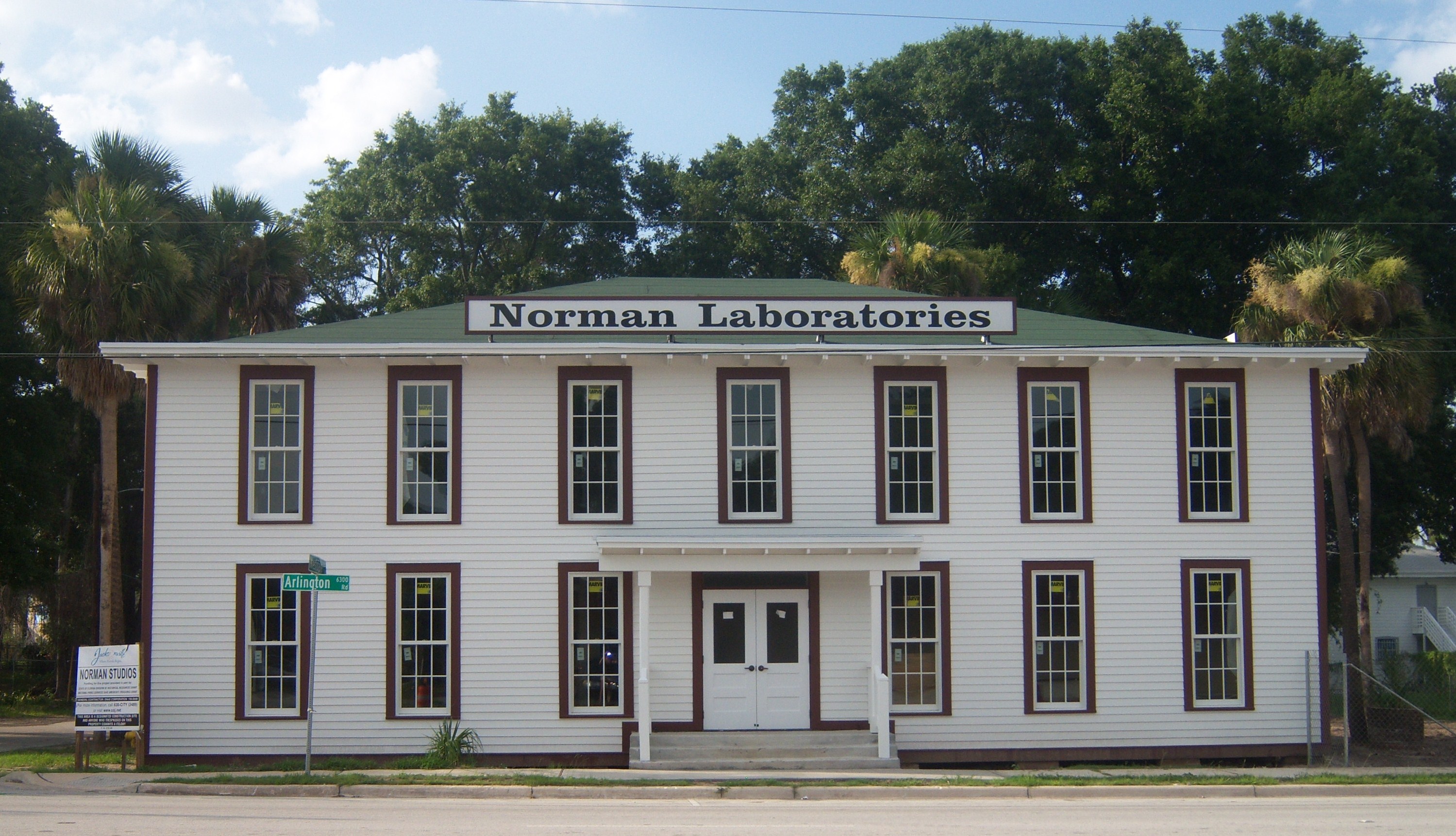 It’s a goal that has been years in the making. And with the stroke of a pen, it became a reality this week. Florida Secretary of State Ken Detzner announced Tuesday that the Norman Studios silent film studio property still standing in Jacksonville, Florida’s historic Old Arlington neighborhood is now listed on the National Register of Historic Places.

In the five-building complex just off Arlington Road, Richard Norman spent much of the 1920s producing silent films that featured African-American performers playing the positive, non-stereotypical parts not afforded them in mainstream films of the day. Originally home to a cigar factory, the complex was operated by Eagle Film Studios through the 1910s, when Jacksonville flourished as the nation’s top wintertime film production hub. In 1917, John W. Martin beat film-friendly incumbent Mayor Jet Bowden for the city’s top seat, running on an anti-film campaign driven by a perception that the industry was fraught with rowdiness and loose morals. Most of 30-plus production companies left town, drawn by the lure of Los Angeles.

At the time, Norman was newly married to a gorgeous redhead named Gloria and in 1921, returned to his hometown of Jacksonville and purchased the Arlington property from the bankrupt Eagle Film Studios. There, he spent the next decade making his groundbreaking movies that shattered the racial barrier for African American actors and directors. He also invented a system for synching moving images with sound in the race to create economically viable talkies.

Of the Norman films, only one is known to survive in full. Shot on the Arlington property and in Mayport, The Flying Ace is a ground-breaking aviation film set during World War I. Inspired by Bessie Coleman, America’s first black female stunt pilot, this 1926 in turn inspired the next generation of African American aviators, many of whom became Tuskegee Airmen.

Over the decades, the Norman property also was home to Gloria Norman’s dance school, operating through the early 1970s. After Richard Norman’s death, Gloria remained for several years, selling the property in 1976. In 2002, the City of Jacksonville purchased four of the five buildings and completed an exterior renovation in 2007. Today, the Norman Studios Silent Film Museum, a nonprofit organization, manages the property with the aim to complete interior renovations and reopen the property as a film learning and tourism center.

Designation as a historic place undoubtedly will go far in helping to raise funds for the further restoration of the Norman property and the development of outreach programs. Next up – efforts to gain status as National Historic Landmark. Anne Lindsay, a University of Central Florida professor who teaches historic preservation, is leading a team of students who have applied for that status.

Norman Studios is one of eight Florida sites recently added to the register. Another nearby spot chosen is St. Augustine’s Miniature Golf Course, located just south of the Bridge of Lions. Built in 1949, it became, in 1963, the first city-owned facility to be desegregated.