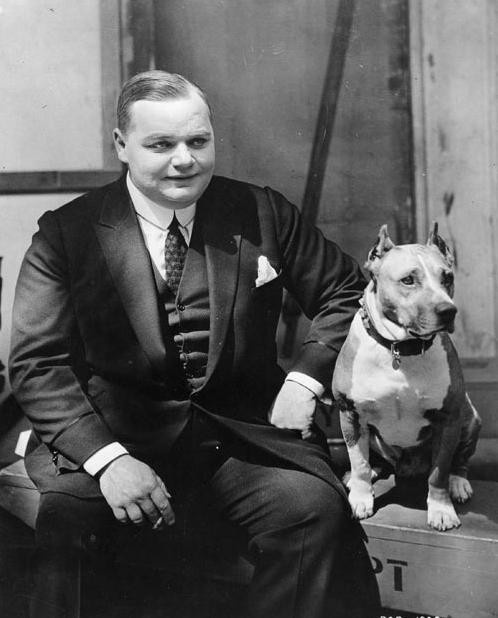 Long before Rin Tin Tin, Lassie, Old Yeller and Petey commanded film and TV audiences, one talented pit bull became a star, as evidenced by a screen credit on the Keystone payroll at about $150 week – the monetary equivalent of roughly $3,500 today, in the early 1900s. Luke the Dog, as he came to be known, was born in 1913.

With the thought of extra money in mind, actress Minta Durfree was talked into performing a harrowing stunt involving her dangling over a 300 foot cliff edge with the hazardous possibility of plummeting to a highway and pounding surf below.

The scene triumphantly completed, instigator and director Wilfred Lucas rewarded Durfree with a pit bull puppy. Reportedly shocked at first by underhanded deal, Durfree rapidly fell in love with the pup after it began chewing affectionately on her finger. Minta named him Luke to remember the event by.

Not soon after acquiring the dog, Minta’s husband Roscoe “Fatty” Arbuckle had Luke trained enough to debut in Fatty’s Plucky Pup (1915). The film is about a kidnapped woman who is in need of being rescued. Luke is patient when stunts involve having his tail tugged on and the scruff of his back pulled. He is seen giving kisses, jumping through a window and digging holes.

Luke the Dog appeared in several Arbuckle films after his debut, including The Butcher Boy (1917), The Cook (1918) and The Garage (1919). He was trained to fearlessly climb ladders, jump rooftops and a variety of other stunts well before Rin Tin Tin and Old Yeller.

Undoubtedly an inspirational animal actor extraordinaire and treasure, Luke died in 1926 under circumstances which are still unknown to this day. 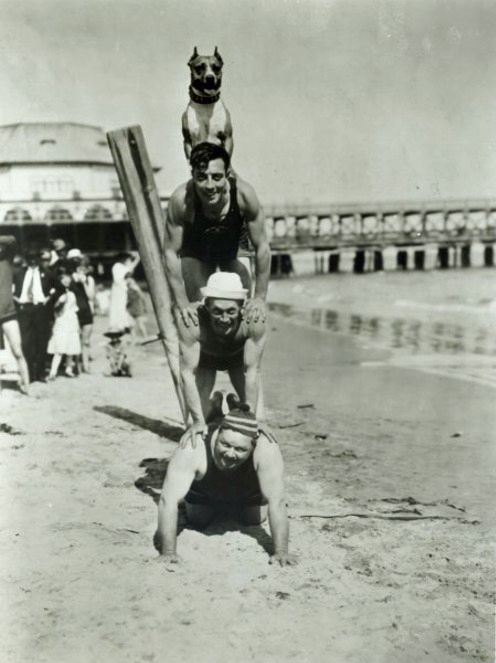 Featured image: Luke with Buster Keaton in “The Scarecrow”, 1920.