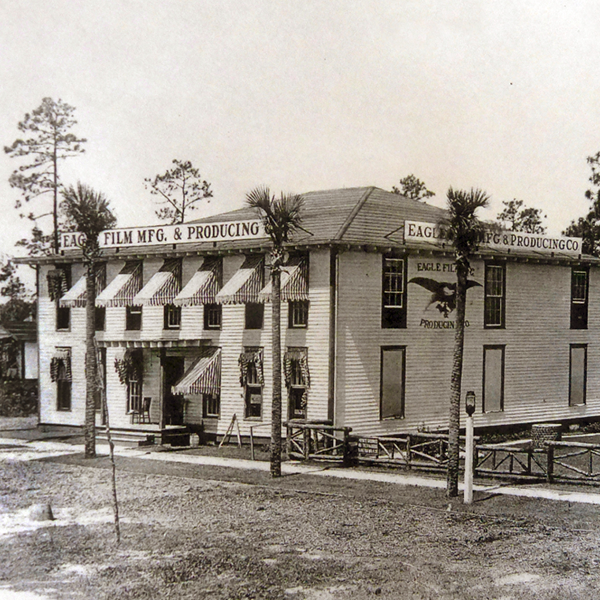 Beginning on Monday, September 16, the Norman Studios is proud to present an exhibit at the Jacksonville Public Library. The exhibit features the history of silent films in Jacksonville as well as of Richard Norman and his studios complex.

As well as describing the highlights of the exhibit, the brochure accompanying the exhibit answers three questions about Norman Studios.  First, why does Norman Studios possess national significance?  The complex represents the only remaining silent film studios complex surviving from Jacksonville’s heyday as the “Winter Film Capital of the World” from approximately 1908 to 1918.  Richard Norman purchased the site to continue his production of race films, an antidote and reaction to the racist portrayals of African Americans in films of the era.  Thus, it also represents the only remaining “race films” studio complex in the United States.

Second, what is the current status of the Norman Studios complex?  Thanks to the dedicated efforts of local volunteers and the City of Jacksonville, the exteriors of the production and three other buildings in the Norman Studios complex have been restored.    And finally, what needs to be done?  What needs to be done are the renovations of the interiors and the purchase of the other half of the studios complex, in order to create a world class museum as well as a center for educational, filmmaking and other community activities.

The exhibit is presented on the fourth floor of the library, which is located at 303 North Laura Street in Jacksonville. Along with the Exhibit, Norman Studios Silent Film Museum members offer a series of presentations, all held at 2pm on Saturdays in the Library Map Room (unless otherwise noted below):