I recently visited the Hollywood Heritage Museum, located in the Lasky-DeMille Barn in Hollywood, California.  The structure was the location for the making of The Squaw Man (1913), the first feature-length motion picture shot in Hollywood.  The motion picture was produced by Jesse L. Lasky and is also notable for being Cecil B. DeMille’s directorial debut.  The building itself was part of Paramount Pictures and used for movie production from 1912 to 1979.

There is much that is interesting and valuable at the museum, especially for those interested in the history of silent films.    However, before discussing any of the exhibits, I must mention Richard Adkins, Darryl Haase, and Brian Judd , all of whom I was fortunate to meet at the museum.  Their knowledge and their willingness to share that knowledge were exemplary.  Norman Studios would be honored to work with them in the future.

As to the exhibits, of special note is the recreation of Cecil B. DeMille’s first Hollywood office (1912-1915) in the building.  The office was restored with original DeMille items as well as Paramount Studios furniture and artifacts.  (It is an inspiration for us to recreate Richard Norman’s office and workshop in the second phase of our museum project.)  A special exhibit concerned Theda Bara, featuring items belonging to her as well as Theda Bara memorabilia.   A fabulous costume from Cleopatra was on display.  It is interesting to note that Bara’s star-making role was in A Fool There Was, filmed in St. Augustine, Florida.  Other Theda Bara motion pictures filmed in St. Augustine are The Devil’s Daughter, Her Greatest Love and Heart and Soul.

There were other reminders of the Hollywood-Florida connection.  The exhibit on Francis X. Bushman, highlighting his role as Messala in Ben-Hur (1925). reminded me of the films he made in Jacksonville.  The exhibit on Rudolph Valentino reminded me of Stolen Moments, which was made in St. Augustine and Savannah, Georgia.  And there were Stan Laurel and Oliver Hardy.  Oliver “Babe” Hardy began his career with motion pictures made in Jacksonville.

There was much more to see.  I especially recommend the exhibit of cameras and projectors.  Again, thanks to Messrs. Adkins, Haase, and Judd for their welcome and assistance.  And, lastly, is that the Creature from the Black Lagoon (shot in California and Florida) that I see? 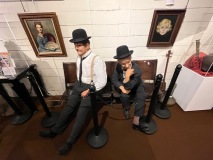 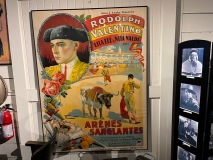 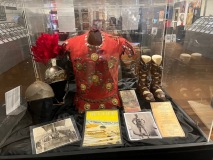 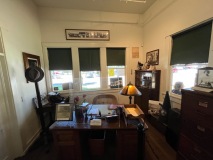 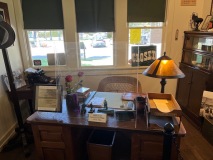 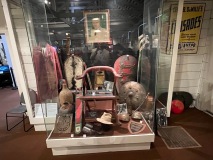 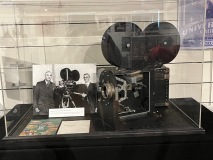 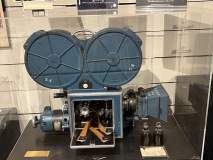 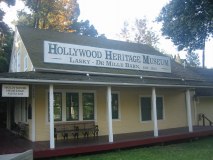 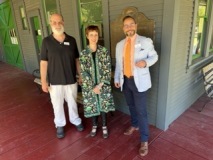