Recently opening at the Academy Museum of Motion Pictures in Los Angeles, “Regeneration: Black Cinema, 1898-1971” is an exhibition that highlights the achievements and challenges of black film artists from the beginning of motion pictures to shortly after the 1960s civil rights movement. The exhibition is named after Richard E. Norman’s 1923 motion picture Regeneration.

The co-curators of the exhibit are Rhea Combs, Director of Curatorial Affairs at the Smithsonian’s National Portrait Gallery, and Doris Berger, Vice President of Curatorial Affairs, Academy Museum of Motion Pictures. The exhibition was over five years in the making. Ava Duvernay, filmmaker and Academy Governor, noted: “For the first time we can now see the grand sweep of black American filmmaking and cinematic artistry in all its richness and daring, all its defiance and exuberance.” “On screen,” she stated, “a magic occurs, and at its most magnificent it is a mirror to what is and what can be: that is the miracle of cinema. And the
liberating news about “Regeneration” is that this is an exhibit about that miracle.” She continued: “Are you ready for the secret? – that we black folk have always been present in American film right from the start – present not as caricatures and stereotypes, but as creators and producers, innovators, and eager audiences.”

The exhibition consists of seven galleries. The first gallery provides a brief social and historical background for the exhibition as well as the short Something Good: Negro Kiss, featuring vaudeville performers Saint Suttle and Gertie Brown. The second gallery, the subject of this article, is, as Rhea Combs pointed out, “dedicated to independently produced race films: these are productions made specifically with an African American audience in mind, and usually included black casts.” She noted that “spotlighting the companies and individuals – such as, Oscar Micheaux, the Norman Film Company and the Lincoln Motion Picture Company — allows us to discuss dedicated creatives working during this time.”

Let us go into that gallery, surely one of the most impressive of the galleries in the exhibition. In the center of the gallery and in the spotlight is Richard Norman’s motion picture camera! The stunning collection of race films posters on view include those for Norman’s The Green Eyed Monster, The Crimson Skull, and Black Gold. The exhibit area concerning the Norman Studios features a set of lobby cards from Norman’s Regeneration as well as the short existing fragment from the film itself. And here is what is said about the Norman company:

Richard E. Norman (1891-1960), a white producer who traveled the country making films that featured local talent, saw an opportunity to make movies that appealed to the overlooked African American audience. Created at his studio in Jacksonville Florida, the films featured Black characters who were ambitious and enterprising. He was best known for crowd-pleaser stories involving riding broncos, sailing the high seas, flying airplanes, and other hijinks. In addition to Regeneration (1923), this exhibition’s namesake, the Norman Company produced The Green-Eyed Monster (1919), The Flying Ace (1926), and Black Gold
(1929).

Norman Studios is featured prominently in the Race Films Gallery along with the other major figures and studios, such as previously noted, Oscar Micheaux, the Lincoln Film Company, Spencer Williams, and more.

Complementing the exhibition itself is other material – such as educational programs and online resources. The “catalogue” is far more than just a catalogue but is rather an exhibition in itself – more about that in a future article. Film showings also accompany
the exhibit, including a showing of The Flying Ace in August of 1923.

The exhibition and its accompanying book Regeneration: Black Cinema, 1898-1971 are well worth a visit. Both present an admirable and accessible view of the race films of the 1920s and 1930s as well as black cinema beyond those dates. The Norman Studios Silent Film Museum, Inc., is proud and honored that the exhibition was named for Richard Norman’s Regeneration. We, too, are determined to regenerate the stories of race films and, indeed, the Studios complex itself. Our soon-to-be-opened museum will even more comprehensively showcase race films and their production and history. It is the next step in that regeneration. 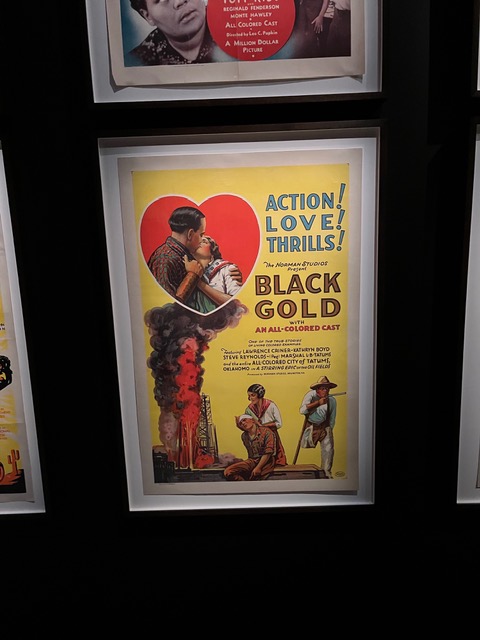 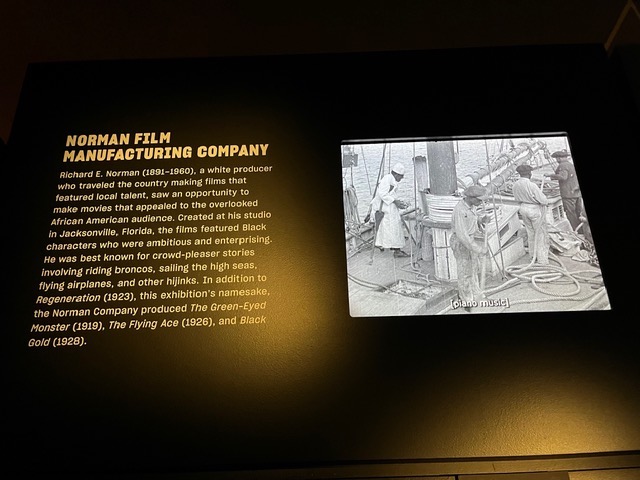 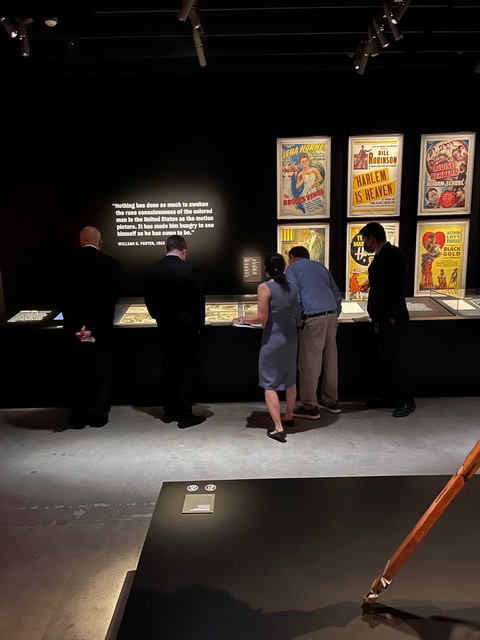 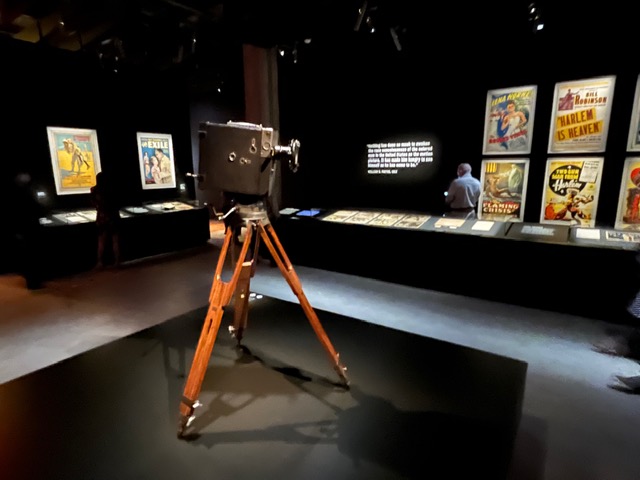